The Great New York State Fair is held annually for 18-days in August and September, ending on Labor Day. With over one million annual visitors the State Fair has become New York's largest annual event – featuring agriculture, entertainment, education, and technology exhibits, as well as midway rides, concessionaires, exhibits and concerts. The first fair took place in Syracuse in 1841 and took permanent residence there in 1890 on the 375-acre Empire Expo Center on the shores of Onondaga Lake, which features numerous events throughout the entire year. For years you have been able to take the train to the fair, with Amtrak trains making a special stop right at the State Fair, a few miles west of the Syracuse Rail Station. 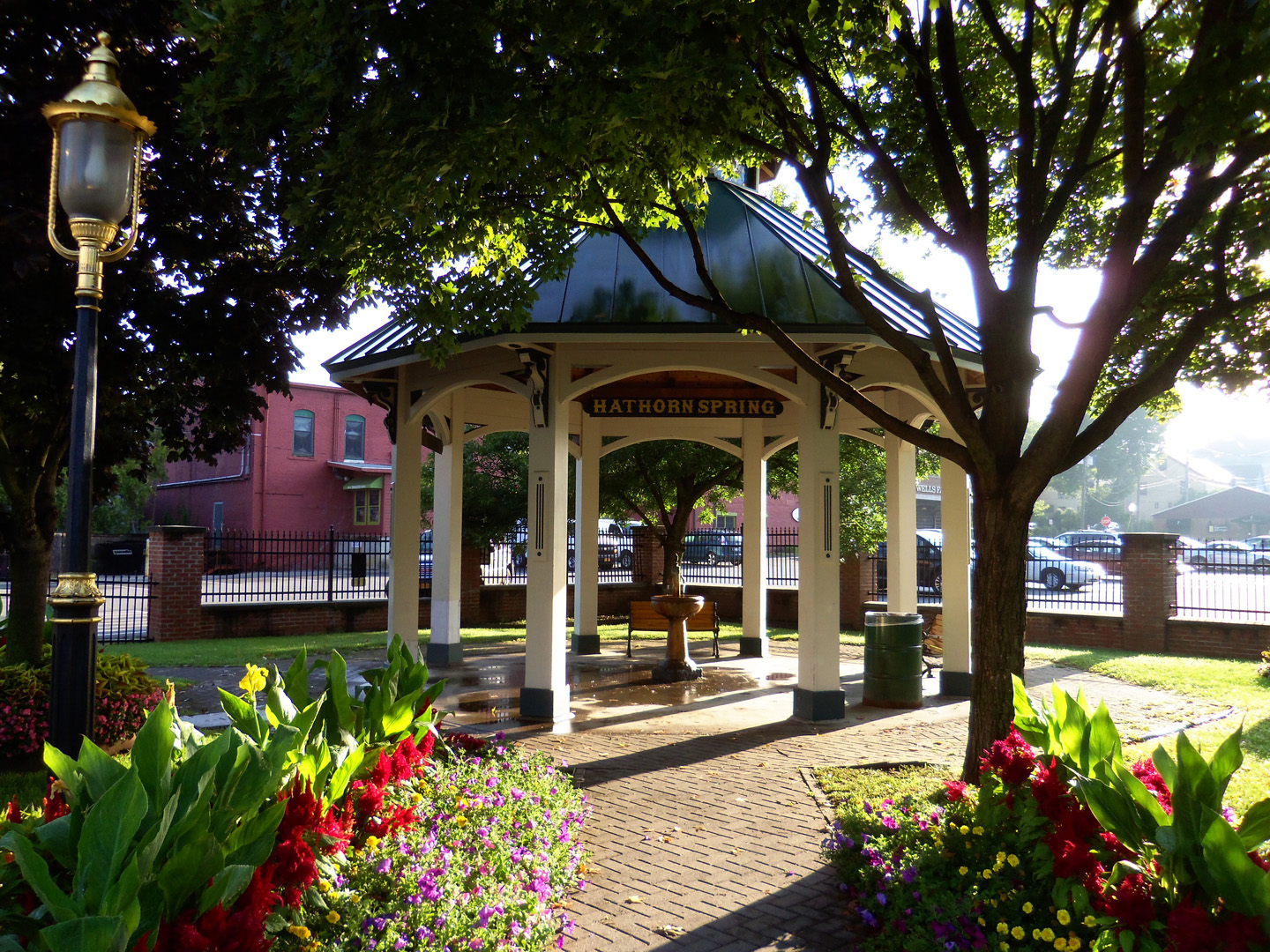 ABOVE: The Hathorn Spring in Downtown Saraoga Springs