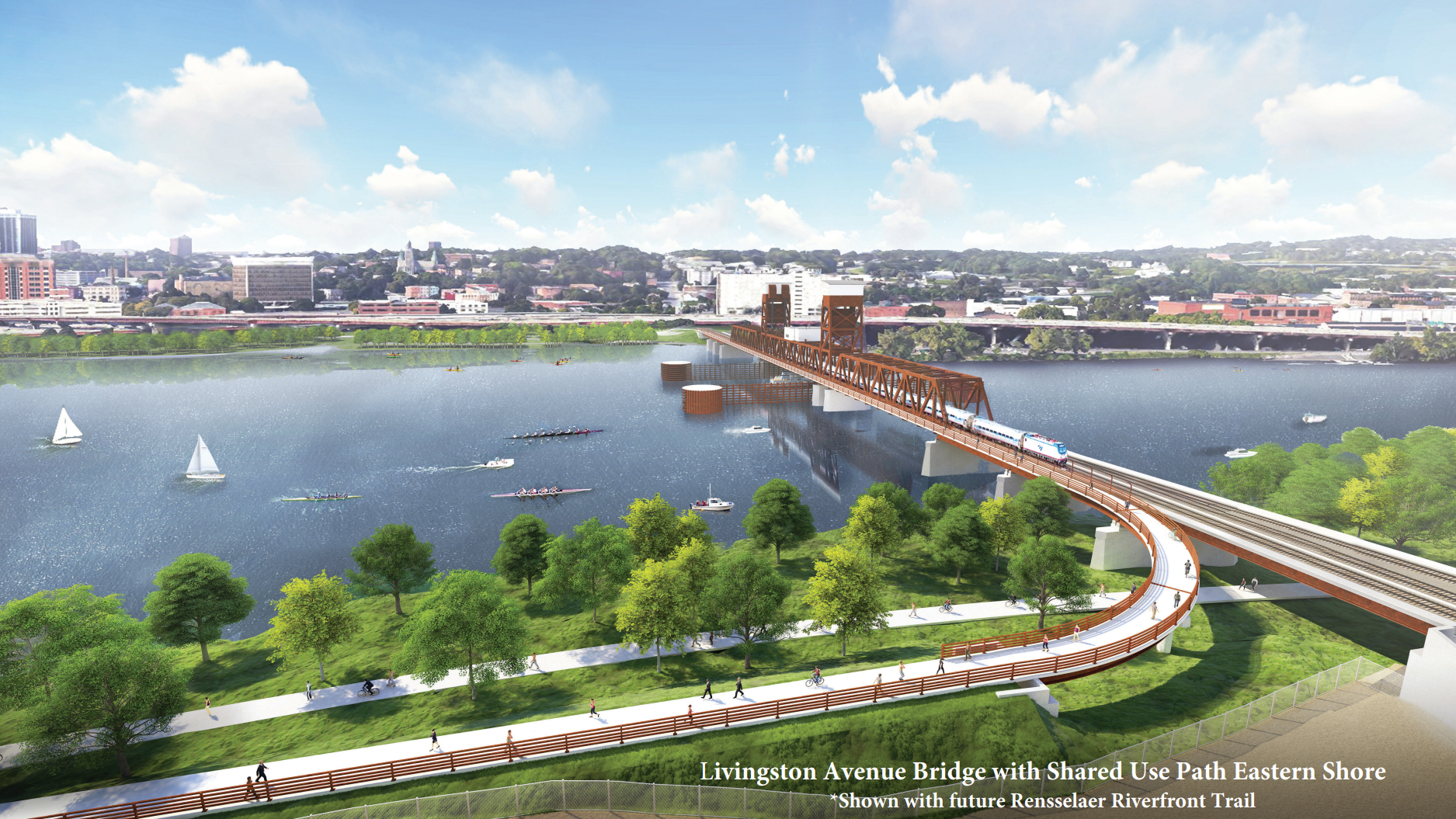 ABOVE: Rendering of the replacement span for the current Livingston Ave Bridge

The New York State Department of Transportation (NYSDOT) is proposing to replace the Livingston Avenue Bridge which spans the Hudson River between the cities of Albany and Rensselaer; a critical rail link on New York State’s Empire Corridor

The current bridge structure dates to 1901-03 and rests on piers in the river dating from 1865. Trains are currently restricted to 15mph when crossing the river and only one train can be on the bridge at a time. The preferred alternative is a new double-track, lift-span, bridge immediately adjacent & south of the current bridge. The design includes a shared predestrian/bike path across the new bridge, safely seperated from the rail operations.

Link to the Governor's Press Release

Link to Renderings of New Bridge

ABOVE: Current Livingston Ave Bridge over the Hudson River between Rensselaer and Albany

The complete Environmetal Assessment documents were released on Friday, May 6, 2022.

ESPA wholeheartedly supports this project and the preferred alternative design!